I was born on July 11th 1935 and raised in Santa Cruz, CA. I grew up in the hot rod movement and can remember my mother telling me that when she was pregnant with me she could hear wrenches clanking together in her stomach.

As a child I built model cars, then U-control airplanes. That’s where I won my first contest for top speed with a very small plane. The same style can be seen in all my future race car designs. In high school I started getting into dragsters with my first one being a very fast ’40 Ford coupe with a 3/8 x 3/8 flathead. Then I built a nitro-burning flathead-powered Crosley with a chopped and shortened slingshot coupe with a fiberglass nose. This was my first introduction to fiberglass. My Crosley took four first place trophies with one being for best looking car. Then I built a series of very small dragsters, which all set records. In the '50s and '60s was a period of time where there was rapid innovation and great freedom of expression in drag racing.

At age 20 I went to work in the fiberglass industry, and learned tooling, mold-making, and prototypes. I worked 45 years for several companies’ prototyping boats, cars, and dune buggies. There were various projects in the fiberglass companies that let me exercise my creativity. Before long I went to work for FMC in San Jose, where I still live incidentally. I worked for FMC for 25 years and retired in '97. My job was model maker, prototyping, mold maker, mostly wood work, some metal and fiberglass. I always thought of myself there more as an artist than an engineer. The boss and the engineers come into the shop waving their arms, and we're the fellas that turn ideas and drawings into real parts and structures you can do something with.

My first experience at Bonneville was in 1969. I built three mini bikes when I worked for Bonanza. We came home with 2 records. By the '80s I had the creative urge for racing again, and in '85 I went to Speed Week and looked over the streamliners. In '89 I built Nebulous Theorem I. I used a Honda V4 motorcycle engine de-bored to 1000cc, with front wheel drive, and tandem rear wheels. I made a twin-turbo system for it with home-made fuel injection and intercoolers. But this first attempt was not successful, the handling was poor at low speeds, it darted back and forth. So I scrubbed this one, and went to Nebulous Theorem II. I think looking back probably nothing was wrong but the steering was too quick, and I likely could have cured it. I built Nebulous Theorem II using the same power unit, but conventional rear wheel drive with a quick-change, and slowed down the steering. In '92 I got the H/BGS Bonneville Record with it at 239. The car is still running today.

People wonder if my vehicles are submarines or gliders. There is no driver, wheels or engine visible. It is imagination and innovation that keeps me going. I like participating in an activity that recognizes and awards creativity and innovation. The main obstacle with other racing is that events become handicapped with rules that don’t allow any different thinking. I now build LSR streamliners that allow the most freedom of design and innovation.

My accomplishments have certainly been made possible by my wife Keiko and family. With my many great partners and friends as well over the years.

Here are some pictures of Jack Costella 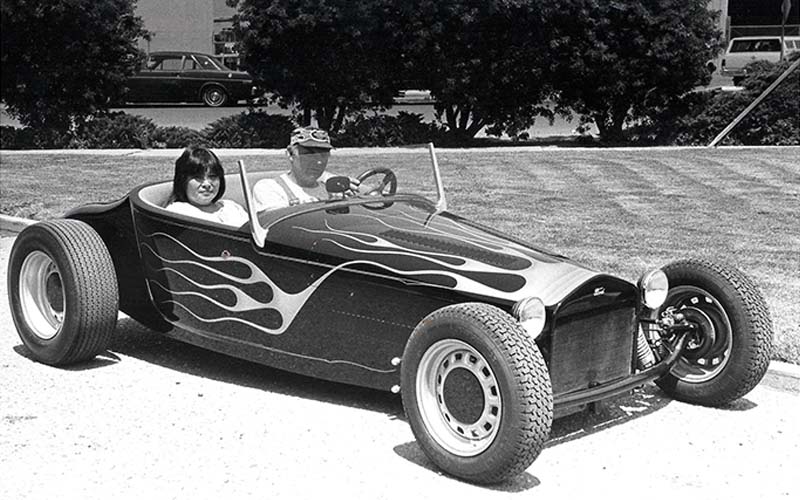 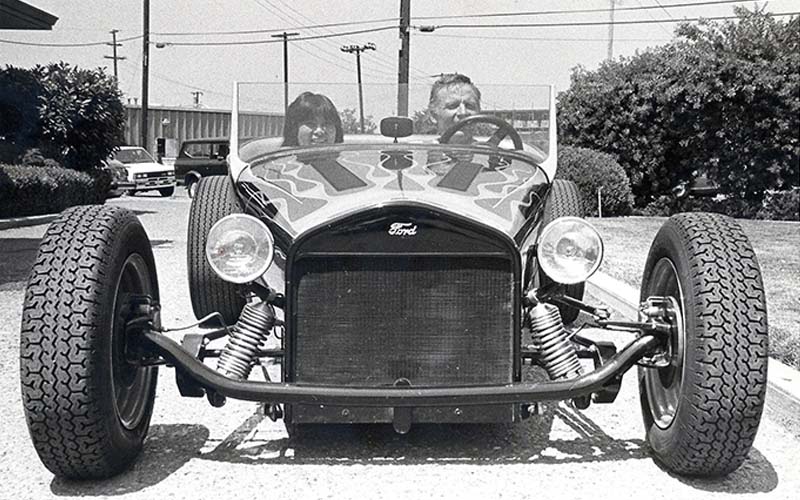 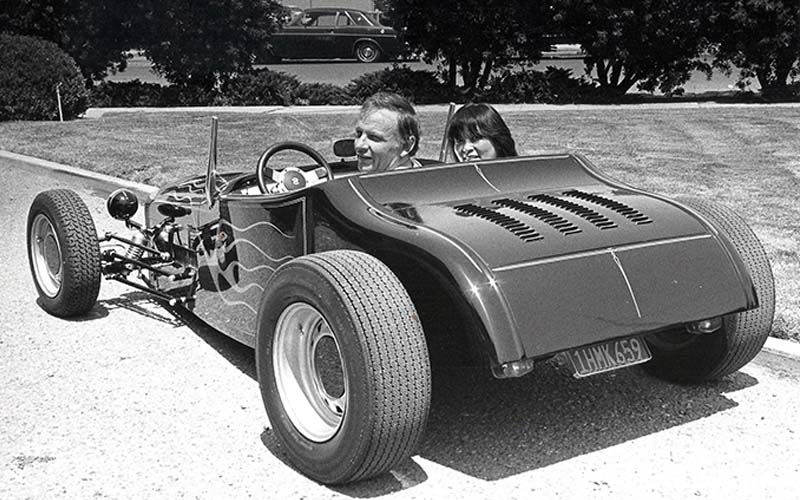 " Perfection is an excuse to not get anything done."

I build my cars by the five “L’s”-long, low, little, light and languid like Nicole Kidman, and they need to be beautiful too. That is the way I try to build my cars. I try to get my cars to fly on the ground, trying not to touch the ground. I try to optimize the aero package by creating a small picture. I base my unique designs on what I call Nebulous Theorem; which simply explained means Do your own thing and not what the other guys are doing.

" Racing is work, winning is fun."

" You only have to be smart enough to know that you don't know anything."

Contact us for any sponsorship inquiries or if you just want to say hello!